Minutes of the Meeting held at West Byfleet Social Club on Thursday October 3rd 2013 at 7.30am

Pauline welcomed everyone. Apologies had been received from several members.

The minutes were agreed as accurate.

All Action Points formed Agenda items apart from the following:

10.2 Gary Elson had met with Riette Thomas regarding sites for the Legacy Board, and possible 2 sites have been identified, on the side of the Library or a new board beside Sheer House in the flower bed. The final site is yet to be confirmed. Woking BC is paying all costs.

10.1 Christine updated the meeting on Making Surrey Dementia Friendly and informed them of the date of the meeting at West Hall, The Stables, Off Parvis Road, West Byfleet, KT14 6EY, Thursday 17 October 2013, 6.30 – 8pm

11.2 Pauline had approached the Post Office regarding the Communities Fund Project and the money will be spent on up-grading the Post office which will be open 7 days a week and for longer hours.

Catherine and Christine O reported that they had received some responses to the consultation paper circulated some weeks and that these had been incorporated into the proposed new Constitution. It was agreed to hold an AGM on 11th November at 6.00pm at the West Byfleet Social Club and that the pre meeting notification would carry request for nominations for the various committee positions. Catherine, Christine O, Christine M and Shani were thanked for all their hard work on this issue.

The sub group would continue to work on this issue and advise the members accordingly.

Brian and Colin from Woking Rotary Club offered the use of the Club sleigh and asked for help with towing and collectors on the day – and the WBBA members offered support for both of these. The late night shopping will be on Thursday December 5th and it was suggested that the sleigh be placed outside Hair Mekanix to catch the commuters and be visible from Station Approach. Waitrose have changed their policy on Charity collections an permit RL Poppy Appeal collections only. It was agreed that the collection would be split between Woking Rotary Club’s charities and Eikon. It was agreed that Brian, Colin and Noel would meet to firm up arrangements and talk to Oliver and Gitte about the pavement outside Hair Mekanix and Pauline would apply to the council for a street trading licence.

It was agreed to seek permission to place a large tree in a tub in the area adjacent to Sheer House but fenced off from the public and with lights from one of the neighbouring premises. Gary offered his help. Christine M offered to check height etc. with Bourne Valley.

The sub group plans to meet on October 9th. Blush would like a grotto and tombola stall, and it was agreed that the sub group would handle that query. Mark and Noel will devise a separate page to go on the website and make up flyers. Christine O has software which she will share with Mark. Christine O and Christine M will draft a letter and deliver it with flyers to all the businesses and they will ask Eltons to print these.

Brian, Colin and Noel to talk to Hair Mekanix.

Gary to look into siting of Christmas tree and report to sub group.

Christine O and Christine M will draft a letter and flyer and deliver them.

It was reported that the owners of Roxburgh House had applied for change of use from office to residential, which had been approved. The ground floor of 33 Station Approach would remain as office accommodation with residential accommodation above.

Several members reported the increased traffic queues outside the Marist School due to the installation of a Zebra Crossing and also the very lengthy queues forming in Sheerwater Road due to a change in scheduling of the traffic lights, some days both queues ran into each other.

We will hold a Membership Recruitment Event after the AGM has been held in November.

Once we have the new Constitution and have elected committee members at the AGM, control of new and retained members would be properly maintained.

Catherine and Pauline had attended a recent meeting of Woking Chamber Executive and also met with the Chief Officers from Woking Borough Council. They reported that the World Wild Life Fund planned to open their new Head Quarters in late October and that the Brewery Road car park will reopen to the public in early November. W the council reported that I the revenue form car parks throughout the Borough had increased recently and there had been a successful Food Festival in Woking. Woking Chamber events attract on average 50 attendees.

10.1 Pauline reported that Pyrford had held their first Open Meeting regarding setting up a Neighbourhood Forum. It had been agreed at that meeting that there would be a separate Forum in each village rather than one to encompass more than one village. West Byfleet had held an informal meeting and planned to hold an Open Meeting shortly. Pauline would advise everyone as soon as she had details.

10.2 Stella reported that the Social Club now had a De -fibrillator situated on the outside wall of the Club for use by anyone in any emergency. Full instructions for use were attached to the machine as well as a dedicated phone line to the emergency services.

10.3John Ashcroft recommended the article in Woking Means Business magazine on Eikon to everyone.

11. Date of Next Meeting

Thursday November 7th, West Byfleet Social Club. Pauline will be away and Catherine Richardson kindly volunteered to Chair that meeting.

The meeting closed at 8.40am with thanks to West Byfleet Social Club for refreshments and hosting.

We are grateful for your continued engagement … END_OF_DOCUMENT_TOKEN_TO_BE_REPLACED

Please see the following newsletter from the … END_OF_DOCUMENT_TOKEN_TO_BE_REPLACED 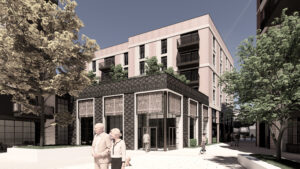 This is a copy of the newsletter sent out on … END_OF_DOCUMENT_TOKEN_TO_BE_REPLACED